Difference between revisions of "Albireo" 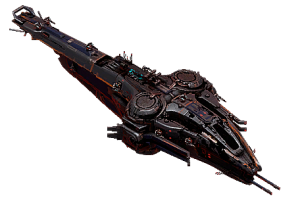 Albireo is the newest destroyer of the Fort shipyard. The technologies of Spiral were used while creating this ship. However, the undocking method has been redesigned, as it is impossible to destroy the abandoned hull due to the large number of the ship’s crew members. The main components of the destroyer are disguised and the command staff is provided with a manoeuvrable interceptor. The ship’s laser weapons are excellent for destroying any kind of enemy targets. Albireo has now entered mass production. The Armada command has already signed a contract for the supply of several hundred ships. After the ship passes various military tests, an additional production contract will be signed for the needs of the fleet.

Thanks to the contract between the UMC and the Fort shipyard, mercenaries will soon be able to get Albireo at their disposal.

Launches an unguided torpedo that launches drones. Drones scatter over a sphere of a certain radius and become inactive. Ships that come within sensor range of the drone will trigger its activation.

Accelerates the ship to a speed greater than its maximum speed by 2 sec. It takes 1 sec. to prepare the ship before acceleration.

The ship becomes invisible to radar, cannot be targeted and is not exposed to directed hostile action for 25 sec. Firing and using modules interrupt the module's effect.