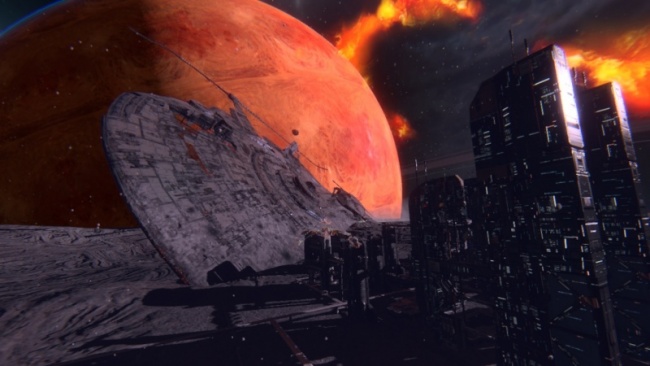 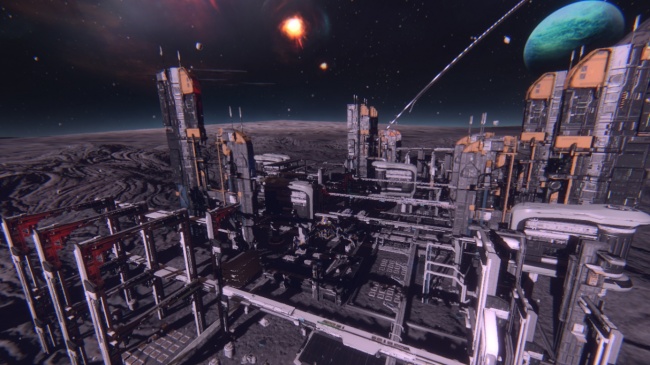 Pilots always wrote and told stories about precursors. At any major station, one could find a drunkard ready to swear by Bartle that he had seen their ships with his own eyes and, of course, he knew where the great treasure was hidden.

That's why when one of the little-known captains came to Ellydium with the story of a ‘precursor ship’ he had found, no one believed him.The captain assured that his whole crew had died and that he was the only one who knew how to get to the treasure. When he was detained and searched by the guards, and artifacts of a previously unknown civilization were discovered among his belongings, only then Ellydium seriously reacted to his words.

The only thing the captain did not mention then, is how his team had died. As it turned out later... they killed each other.

A research facility, a whole city was built near the mysterious crash site on one of the satellites of the gas giant МОА-2011-BLG-322. More than three thousand people are engaged in research — the ancient ship is literally being disassembled. Someone believes that this is a precursor ship, others think that is a vessel of another previously unknown race.

Even after the active portals of Shining were seen near the moon, the leadership did not stop the work. They only attracted UMC mercenaries to protect the perimeter.