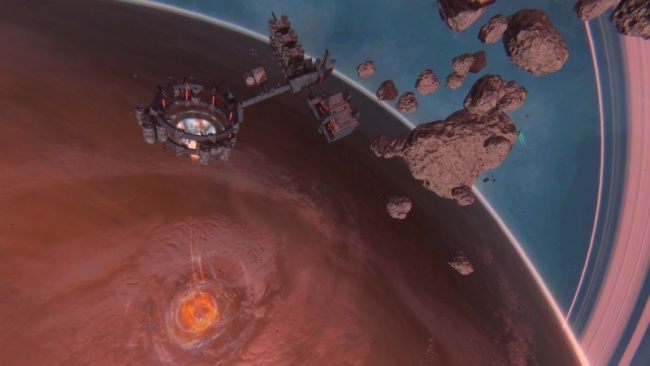 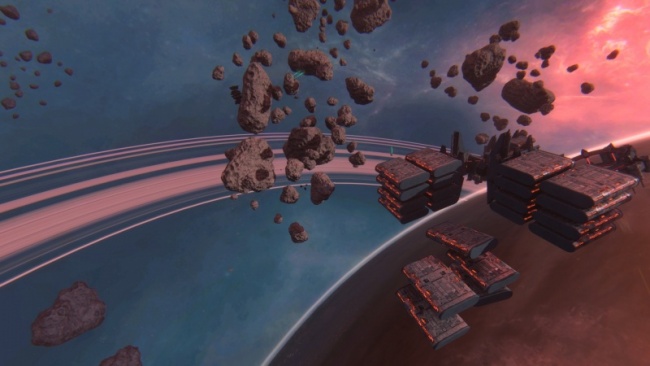 Early in its history, the “Mendes IX” station was small and didn’t require a large supply of fuel, but launching a massive iridium production, terraforming the planet in a neighboring system, and supplying the military fleet forced Mendes to seek additional sources of fuel. The most optimal solution was to extract fuel from the nearest gas giant. Since then, the Mendes family has always been provided with top grade fuel.

In order to fulfill these purposes, a typical station was built. It is engaged in extraction and processing of gas from the atmosphere of the neighboring giant. Attacks on this station are just as typical as the station itself. And it’s regularly attacked by a variety of fans of easy money or those who just want to refuel for free.

From time to time, the station management hires free pilots in order to destroy pirates and raiders in the location. Occasionally, a Predator is spotted in the vicinity of the station. This fact seriously disturbs the local bosses, and they are willing to pay a lot of money if the mercenaries will get rid of the danger. It’s curious what caused the interest of the Predators in this particular location.

The source of cheap fuel attracts many adventurers to this place. According to some reports, they are paid by the intelligence services of corporations. This way they simultaneously receive cheap and valuable resources and deal economic damage to the Mendes family.