Difference between revisions of "Ontregos Pass" 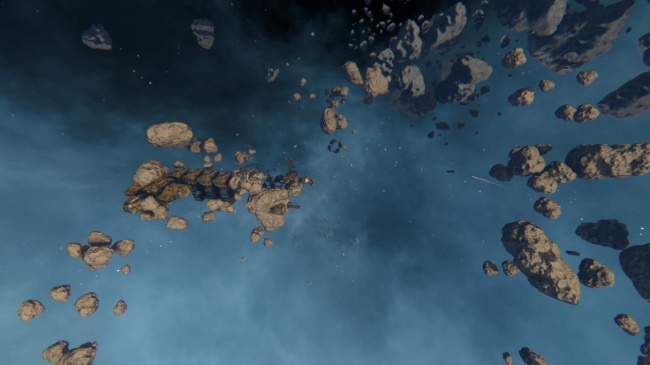 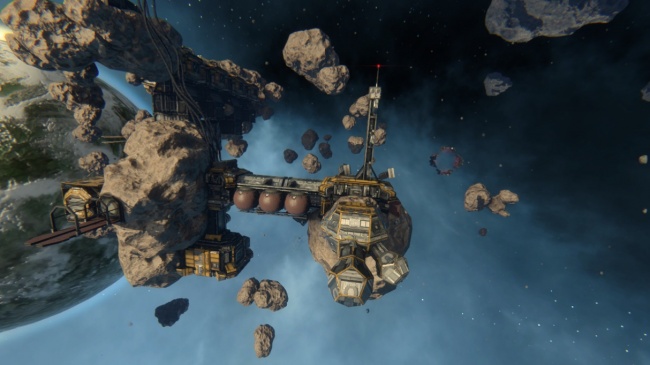 After the discovery of iridium in Ontregos sector, the miners began to survey the remaining asteroid clusters near the station ‘Guardian-17’. Asteroids rich in silicon were discovered in one of the clusters, but for a long time no one wanted to finance their development. Over time, private corporations came up with a project to build mines in the area, but a few weeks after the opening, the Alien invasion began, resulting in workers being evacuated and the mines being shut down.

After the end of active battles, the surviving inhabitants of the system occupied the structures and now trade the goods themselves. Unfortunately, in recent years, production has been falling because of pirates. According to rumours, emissaries of the ‘Ironside Empire’ are behind them. Numerous pirate attacks on convoys, going from the ‘Steel Legion’ and the ‘Northern Empire’, disrupt trade agreements with neighbours.

The situation is further complicated by the fact that the enterprising inhabitants of the system not only trade minerals in the system, but also in the guise of pirates sell the extracted ore to emissaries of Ironside. Illegal trade is conducted from secret warehouses in the zone Ontregos Pass.