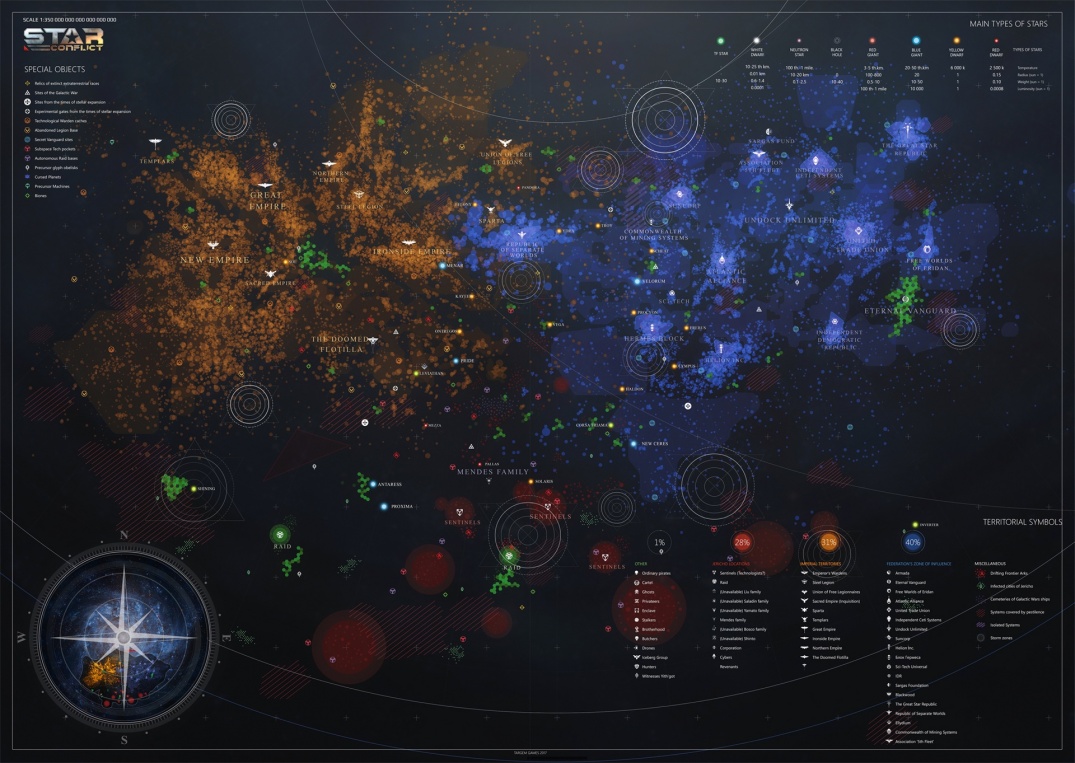 Navigation
All zones are separated by warp gates.
You can warp to any of the sectors directly from the map view if you unlocked them. However - only to faction home sectors it is free. To any other sectors it costs