Difference between revisions of "Pirates" 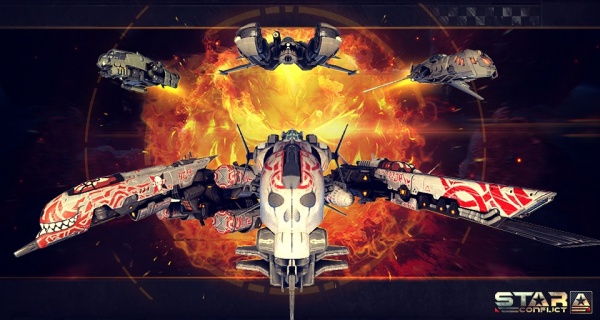 Very few people have heard of them, they can even less talk about meeting with them. After all, the Ghosts were the most organized pirate fraternity, secretly sponsored by the Empire. Yes, and they were pirates only at first glance. Ghosts were engaged in the implementation of the most complex tasks of the Emperor and they were not embarrassed by the goals, consequences and methods of performing these tasks. Basically, their work was associated with attacks on the Sargas Fund facilities and the discreditation of the Federation in the Empire systems, which indicated their intention to change the owner. But there were other tasks not related to politics.

Strict subordination, powerful, exclusive weapons and the desire to achieve the goal at any cost. Ghosts were rightly considered one of the most dangerous groups in the universe.

After the collapse of the Empire, the Ghosts became spontaneous. But, having lost funding, the Ghosts did not remain without work. There are rumors that you can contact them through the Broker, and he himself is almost one of the Ghosts. But, who can know for sure?

Privateers - one of the most free pirate groups. This is a motley gang of free mercenaries. Despite the disorganization and often absurd appearance of Privateers, we should not forget that these are the most dangerous mercenaries who have given way to pirates not from an easy life. The heterogeneity of Privateers even plays into their hands somewhere. Among them you can find the most unexpected talents and the most exotic technologies. This feature more than once allowed Privateers to perform impossible tasks and turn losing situations into an unexpected victory.

Federated forces often resort to the services of Privateers, hiring combat groups or individual pilots on a semi-official basis. This usually happens if the enterprise is too risky and the professionals from Helion Inc are asking too much for their services.

Privateers are not accustomed to intervening in global politics, but the opportunity to make money ensures their relative loyalty. It’s quite simple to join the ranks of Privateers, but it’s much harder to prove your worth and earn a reputation as a good pilot among pirates.

The Enclave is a group of pirate gangs that have managed to go incredibly far in the development of the engineering side of their business. The mechanics and engineers of this group are true artists, capable of transforming every ship beyond recognition with the help of unique modifications. This feature of the pirates of the Enclave determines the choice of their goals. If you have a rare ship or an exotic module, then do not be surprised if one day they will be waiting for you when leaving the warp. But before the war, the Enclave wielded mainly in the former disputed territories. It is unlikely that since then they have greatly increased their zone of influence.

Members of the Enclave were able to maintain their freedom and independence, despite close ties with Jericho, who supported the Enclave almost officially. With the disappearance of Jericho, the Enclave may have lost some of its strength, but so far these changes have not manifested themselves in any way.

The Enclave is a rather scattered group, but it is said that they have some advice at which the barons discuss fateful decisions. What are these decisions, what is the true purpose of these techies, and whether it is at all - no one knows.

No one knows who is behind this group of remotely controlled Jericho ships. At first they thought that this was one of the gangs of the Enclave, but the version disappeared when evidence of the Enclave ships attacking the Drones ships appeared.

Drones attack all indiscriminately. The system in their behavior have not yet been seen, but the coherence of actions indicates a high level of organization of this group.

Iceberg pirates are operating mainly in the territory of the former Empire, but they can also meet outside of it. Famous for their tactics ambushes. The only recon interceptor flies to the victim and offers to dump the cargo. In the event of resistance to the victim, sniper fire is opened from many different points. The level of organization shows the former military in Iceberg. This is probably one of the splinter units of the Legion.

Another former military, judging by the tactics and organization. This time from the Federation. Hunter ships are equipped with a modified “Chameleon”, the duration of which is significantly increased compared with the base models. This technology allows the Hunters to be in stealth mode for hours and even days, provided that the ship does not move. The perfect way to ambush on trade routes.

Is an organized pirate group, under the leadership of the former military. It is divided into several cells that engage in various criminal acts, ranging from drug trafficking to sabotage operations against the Federation. The Cartel is very well armed and organized. Often gets involved in the affairs of the Federation.

Proponents of various conspiracy theories believe that the Cartel was organized by the dark side of the Federation, Helion and the Hermes Block, to justify and spur the growth of military budgets. Even if this is true, the war with the Aliens has coped with this hypothetical Cartel task much better.

Let's just say, if you get lost and you have money, you are very lucky. Stalkers will point the way to the nearest safe place and will help to fight back from Aliens or other pirates. But if the money is bad, you can lose the latter. Taking away your ship, these strange people will say that it took space.

Stalkers are a rather ambiguous group of pirates who can either save you in a difficult situation or make it worse. That is, the average is not given. It all depends on the size of your wallet. Perhaps few people know the post-war space better than the Stalkers. Dangerous places, civilized systems, rifts of Aliens, anomalies, historical places. Their maps are the most accurate, and the data is latest. For the rest, they do not stand out. The threat from them is average.

This, now pirate, group was formed from the number of those dissatisfied with the accession of the eastern wedge of the Empire to the Federation and the formation of the Republic of Separate Worlds. At first, loyalists robbed only Federation merchants, hiding behind noble slogans of loyalty to the Emperor. However, the Empire quickly lost power and influence in the regions and soon these slogans became irrelevant. However, the loyalists already got a taste and realized that it was more profitable to act under the guise of a beautiful ideology than to act as ordinary thugs on the trade-warp ways, and managed to turn it to their advantage. To a large extent, this was facilitated by the fact that many commanders came from noble imperial families and had sufficient manners and the ability to convince them to lead simple fighters and to find the key to each disappointed person. This is how the Brotherhood came into being. The concept turned out to be tenacious and quickly spread throughout the galaxy. Emissaries of the Brotherhood can be found in the most remote and dysfunctional systems. It is curious that the Brotherhood never attacks the systems of Sparta.

Not so much a grouping as a lifestyle of one of the layers of pirate rabble. These frostbitten robbers and murderers cover their ships with blood-red patterns, weld sharp iron structures to the hull and modify the ships so that they are effective in close combat and during boarding. Butchers prefer to use imperial ships because of their robust hull.

A manifestation of chic in the Butchers is the use of ramming in combat. To this end, they completely remove the guns from the ships, shield generators and excess cooling, and instead of them, add additional armor to the hull, install spikes or energy cutters and accelerate the engine to a dangerous limit. From afar, the Butcher can be identified by the thick black smoke from the engine - the result of neglecting cooling.

Typical dregs of society. Do not have a special organization. In fact, they are not a faction as such - they do not give a task, they do not have territorial claims or localization. This is a motley gang, which includes all sorts of marauders, smugglers, criminals, murderers, drug dealers, deserters and other dregs of society. Together they can pose a real threat to local authorities. Mainly engaged in robbery, marauding and small raids.

Some ships have unique modules, weapons and even special technologies allowing to wreak havoc on the battlefield. You can find their ships in the branch of the main faction they serve.