Difference between revisions of "Portals and Tournaments"

Only ships of 7-9 or 10-15 ranks (depending on portal) of Empire, Federation and Jericho factions, bought for 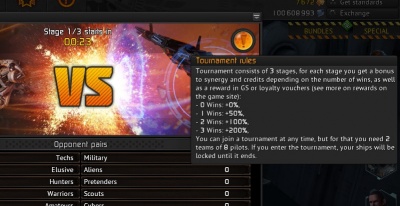