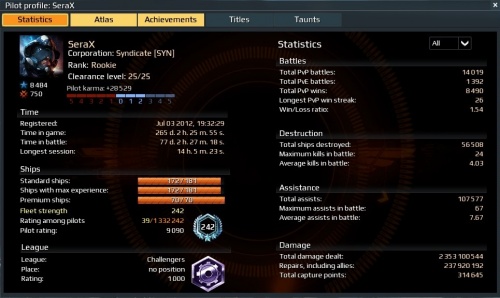 An example of pilot profile.

In the top left, the pilot's name, corporation, corpotate title and avatar are displayed, karma level in Open Space, and the number of commendations they have received. For pilots viewing their own profile, the option to change name and avatar appears here. The first name change is free, while following name changes cost 1000

and can be swapped freely.

League statistics show what league team a pilot is a member of (outdated).

Shows what ships, weapons and modules a pilot has. 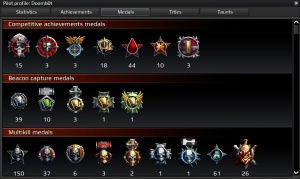 For achievments pilots get prestige points. 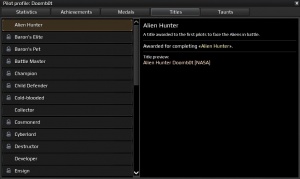 In some ratings for first places you can get resources and taunts. 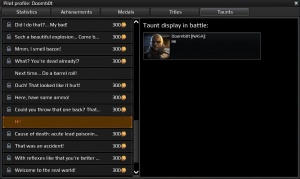