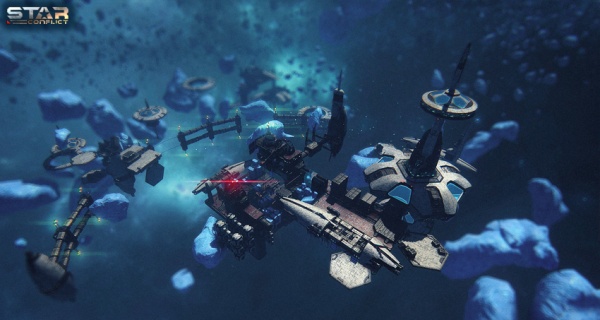 Even before the start of the Invasion, “Ellydium” Corporation used its old factory in the Velorum system to research new technologies. Having built an experimental facility for iridium processing, they conducted a number of successful studies. And then they used the location to study the first alien artifacts that fell into the hands of the corporation.

During the invasion, the factory was mothballed. Currently, the entire location is under control of the Cartel and “Ellydium” has lost access to it.

It's time to get back what's ours! “Ellydium” begins a military operation. Mercenaries must break through the defences and cover the landing.

To complete the mission, you must complete a sequence of goals. The mission supervisor is Oliver Winkler.

Goal №2 - Escort assault ships (3) to the docks of the station. At least 2 of them have to reach the station!
Enemies - appear infinitely in small groups after a certain short period of time. Destroyed missile launchers regenerate after some time.

Goal №3 - Protect the factory from the invaded biomorphs (2 waves - 8 and 10 ships).
Enemies - appear in small groups, at the end - the flagship of the Aliens.

Each charging cell is surrounded by 4 missile launchers and 4 small turrets.

Along the path of the transports are rocket launchers that regenerate over time. If they are not monitored, they can suddenly attack the transports from the rear.

The usage of Coil Mortars and LRFs are recommended, they will clear out the turrets in the first stage and the second stage. In the third stage the use an engineer ship is advised. There are multiple hiding spots where players can hide safely from the alien threats and use the attack drones to take them out without them being able to fire back. Most used hiding place by players is the hangar hole in the middle of the map, it can't be missed! 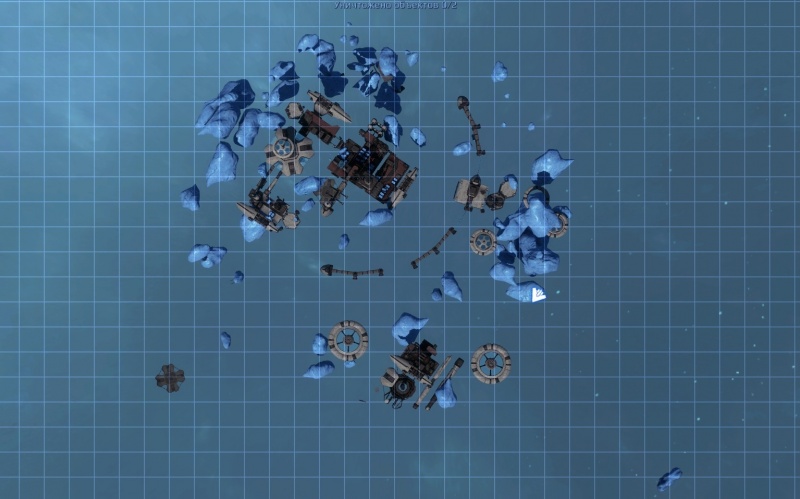