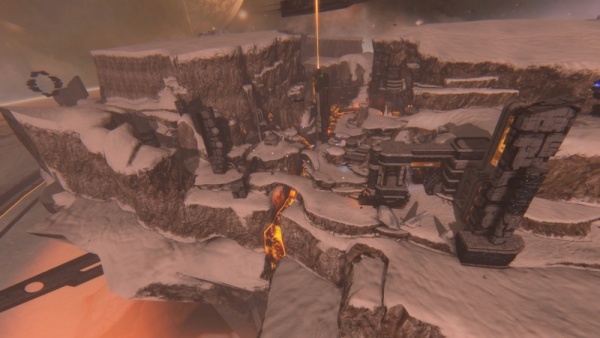 We received a distress signal from the complex 'Naberia-392'. UMC recon squad is requesting fire support. Our people were carrying out an investigation at the plant. They were looking for a connection between the plant and the dangerous criminal — Miss Summer. They have just informed us about the attack of unknown ships.

You are going to be very dose to the surface of a planetoid. An old Federation plant was remodeled a few years ago, that had been used to build ships and modules for pirates and Cybers. Now its empty, but the machinery and automatic defence systems are still online.

The enemy uses an unknown technology for opening portals. We can not predict how many opponents you are going to face. In addition, our scanners are detecting an unusually large object approaching the plant. Exercise extreme caution.

To complete the mission, you must complete a sequence of goals. The mission supervisor is Kyle Carran.

Goal №4 - Prevent the cruiser from reaching the station.

It is recommended to use a destroyer, frigate or a fighter, using a interceptor might prove to be very difficult as a little mistake can kill you. Best ship classes for the mission are gunships (any), suppressor class, Empire LRFs and the covert ops (any). The recommended weapons are the Coil Mortar and the Singularity Cannon as well as the the Phase Suppressor.

Explosion weaponry is a key to success on this map - conventional weapons wont be able to penetrate Frontal shields of Turtles and Static Shields of suppressors, and letting those enemies to come close to the player group is a recipe for a disaster. When fighting The Cruiser, explosive projectile weapons can damage multiple engines and turrets in the same time damage the Cruiser itself.

Bonuses are scattered around after each wave and function as a group buff, a repair kit that can repair your team's ship hulls at high rates and a damage boost that increases the damage output of your entire team by 50% for 12 seconds. 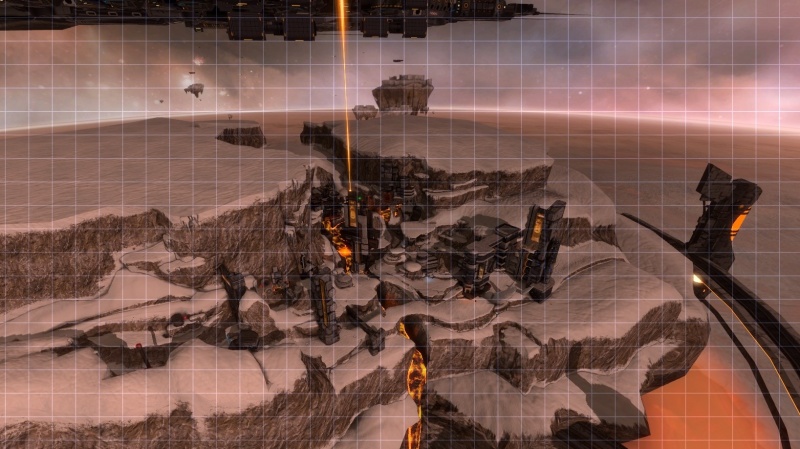