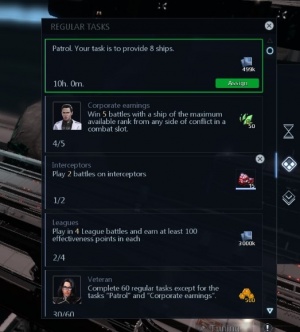 A special type of tasks that, once completed, becomes available again the next day with the same conditions and reward.
Exception. There are several tasks, one of which can be changed once a day to another, similar in style, but slightly with different conditions.
Do not have deadlines.
The rewards are materials and parts for the workshop,