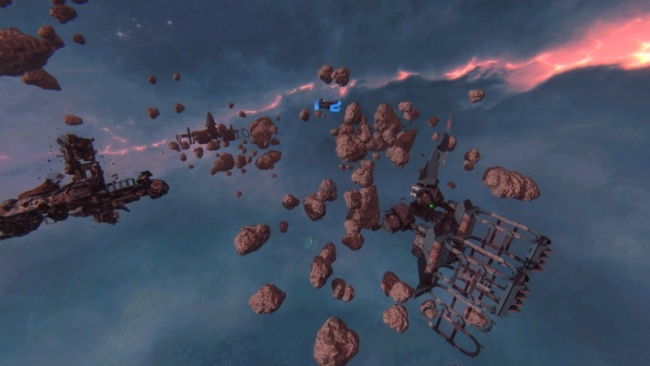 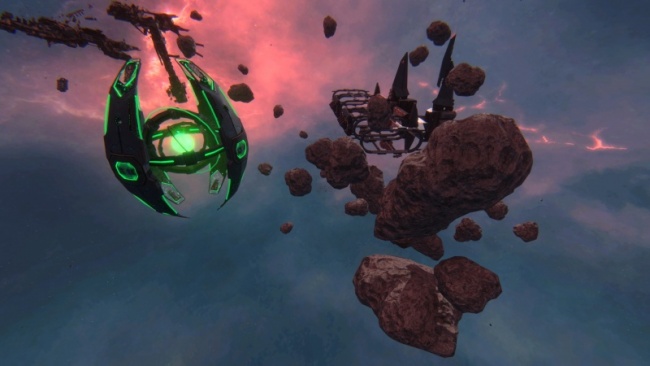 This zone would have remained an unremarkable cluster of asteroids, if not for the battle that broke out here at the beginning of the Invasion. The family’s strike cruiser and its escort were taken by surprise and destroyed after a fierce battle.

Cybers, who wanted to get advanced technologies in their hands, became interested in the cruiser’s hull. This local strategic post belonging to Mendes is now under the complete control of cybers. And they are actively using it for their shady affairs and storing valuable things.

Occasionally, transports with refugees pass through this location. Jericho often employs mercenaries to protect and escort convoys in this part of the Pallas system. Cybers also often use this location as a transit zone for their trucks. Usually Mendes announce the hunt for this kind of cargo. This is a good source of income for mercenaries in this part of the fringe sectors.

Scouts also saw unknown ships navigating through this zone. The signatures of such ships cannot be identified. And they don’t touch the Cybers. Mendes are very interested in such ships and they pay pilots good money for the information about them.

Rich sources of nickel ore can also be found in this zone. It is quite a valuable resource that will be accepted at any station in the sectors. And some mercenaries arrange unusual competitions in this location — Hunting the hunter. A survivor in such a competition can hit the jackpot on underground sweepstakes.

The never-ending war with Cybers also provides the mercenaries with a good and steady income. Sometimes this requires destroying the Cyber outposts, and sometimes it’s enough to upload viruses into their beacons. The work is not difficult and doesn’t take much time.