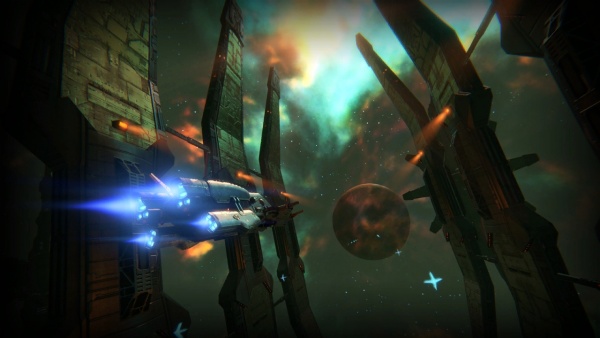 For decades, the Vega system has been a stronghold of pirates who built the fortified station Fort Muerto. Criminals from the whole sector flock here.

Here, in specially protected interior rooms, you can find caches with artifacts, smuggled goods and iridium. A tidbit for those ready to risk for easy money. Many secrets are kept here by the Baron, the ruler of Fort Muerto, and one of the most mysterious figures in the fringe sectors.

The Broker offers all mercenaries a lucrative contract to attack the pirate Fort Muerto in the Vega system. The task is simple — protect the customer's transport ship so that it safely leaves the system.

To complete the mission, you must complete a sequence of goals. The mission supervisor is Broker.

Goal №2 - Destroy the control system and field generators at the docks (2 units) to unlock the station's gate.

Goal №3 - Protect transport on the way to the warpgate.

Missile launchers must be taken care of in advance. They deal a lot of damage to the transporter and can easily destroy it. They are not restored after destruction.

The Baron attacks with very powerful weapons, but with slow-flying projectiles and medium firerate. He has no other abilities.

Ships with a lot of mobility are advised for the first stage, a Recon ship or a Covert Ops. An LRF or Gunship is recommended for the second stage, splitting into 2 groups is optional but effective in long term strategy. One group would defend the Cargo ship from pirates and the other group would be tasked with taking down the missile turrets. The group defending the Cargo ship could also use Engineering frigates to be able to repair the ship if it falls under heavy enemy fire, teamwork is crucial. For the last stage it's recommended to have maneuverable ships to be able to dodge the death spheres. 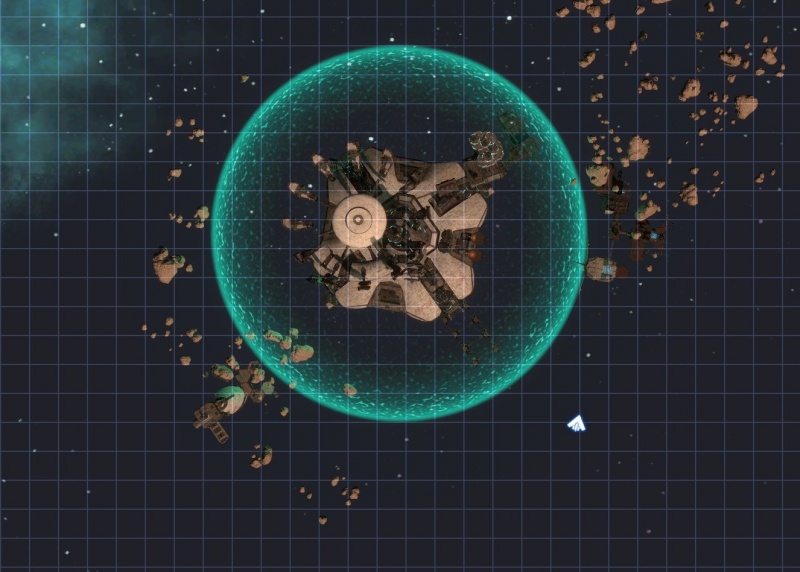