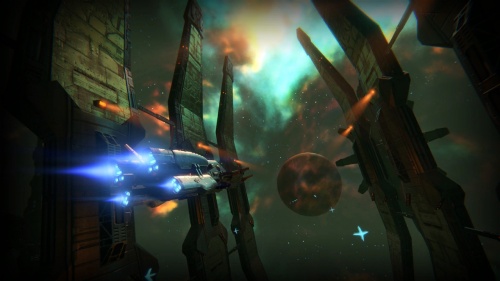 Frontier sector FX-1 has become a haven for pirates of all kinds. Since the beginning of the Invasion, renegades have started a black market for artifacts and experimental Alien technology. And for those who have money and connections, pirate engineers may well help equip ships with Alien technology. The last operation to recruit a group of pirates to work for our cause was successful — the Pirates have agreed to steal a transport full of artifacts and Alien technology from their base. You have to provide cover.

Players will have to infiltrate Fort Muerto, escort and protect a transport ship leaving the base with alien tech and defeat the Pirate Baron.

Requires players to take down the station's defenses by destroy 3 Charging cells, a Shield controller and 2 Magfield Projectors, while defending against Pirate turrets and ships!

Requires players to escort the transport while defending it from the pirate ships and turrets.

The last stage requires players to destroy the Pirate Baron's ship, built with alien tech, equipped with an extremely powerful Singularity Cannon with a medium firerate which can deal well over 50000 EM damage per shot. The weapon projectiles have low velocity but that wont help the frigates! The baron will also frequently call in reinforcements, Corsairs and Cutthroats.

Ships with a lot of mobility are advised for the first stage, a Recon ship or a Covert Ops. An LRF or Gunship is recommended for the second stage, splitting into 2 groups is optional but effective in long term strategy. One group would defend the Cargo ship from pirates and the other group would be tasked with taking down the missile turrets. The group defending the Cargo ship could also use Engineering frigates to be able to repair the ship if it falls under heavy enemy fire, teamwork is crucial. For the last stage it's recommended to have maneuverable ships to be able to dodge the death spheres. 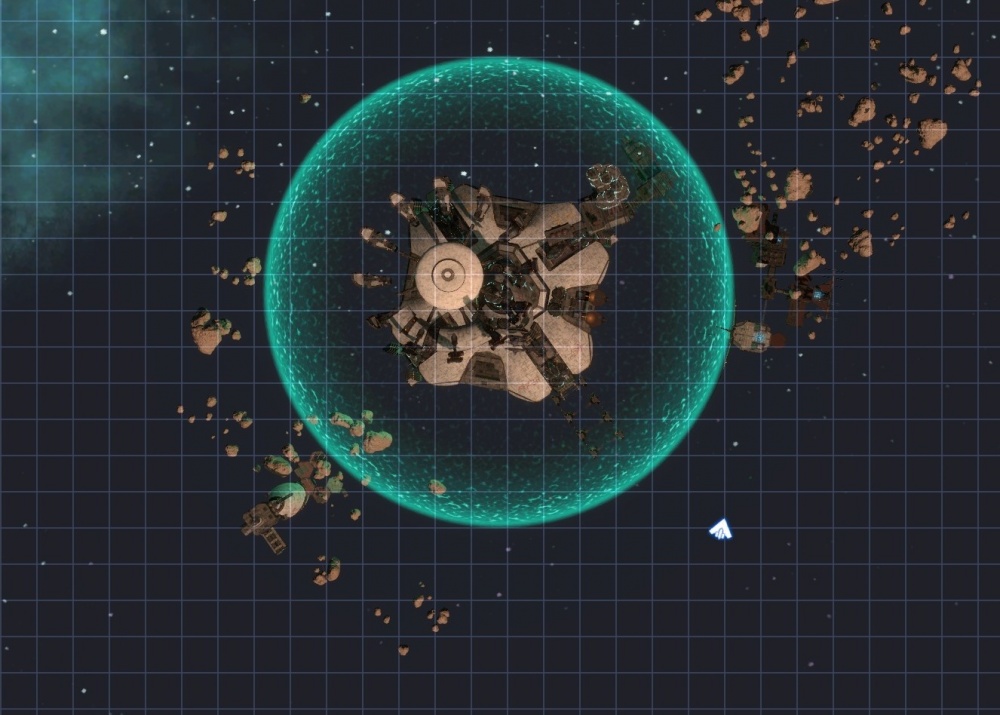