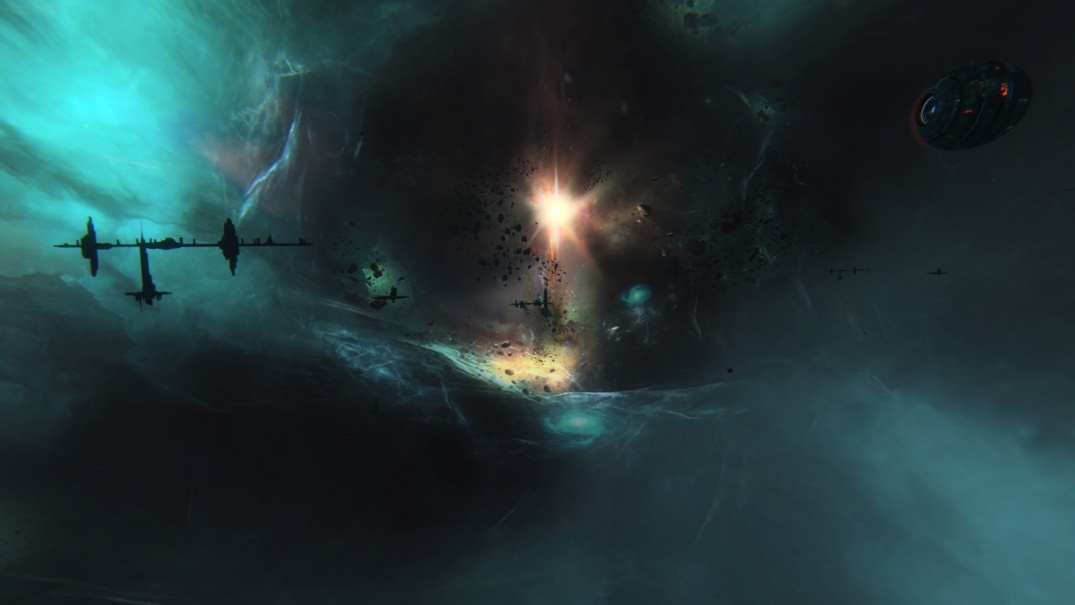 "Crystallides" are characterized by large ships similar to green crystals, with a large outer core, often not covered by a core in the center of the ship. Although the military are confident that this is a reactor, scientists who have studied one Hunter, captured by Jericho in 4614, believe that this is something else. However, what his purpose really is, no one knows. Sometimes these creatures emit strange signals, more like the sound of a machine connecting to a subspace network.

"Biomorphs" are usually called human ships that have been captured by aliens, but little is known about the invaders themselves. Who they are, what their fleet looks like and where they live is another mystery. It is known only that Bions, the giant living planets, are directly connected with them. The study of one such, captured by Ellydium, should shed light on this mystery.

What do we know about them now. These creatures prefer to capture the ships of people and subordinate to their will, infecting the virus. You can distinguish them from people by luminous strange green light strips, more like blood vessels, entangling the entire ship. Sometimes these ships try to get in touch, but their speech is more like unrelated, torn pieces of phrases from everyday life, constantly interrupted by shouts. Ordinary pilots believe that these enslaved people are trying to call for help, scientists do not agree with them. Although this is in fact: an attempt to contact, a threat or a plea for help from an infected person, could not be figured out.

There is another mystery - why, more often than not, these ships attack mercenaries by a well-coordinated group, rather than trying to destroy each other. Conrad Dimeni, head of the Ellydium station on Leviathan, found the answer. It is just that humanity more often encounters only one species, presumably Crystallids, which seizes control of human ships captured by biomorphs. With the second, the usual pilots and mercenaries almost never met, with rare exceptions. That is why we know so little about them.

In different sectors, alien ships of the same species may be called differently.