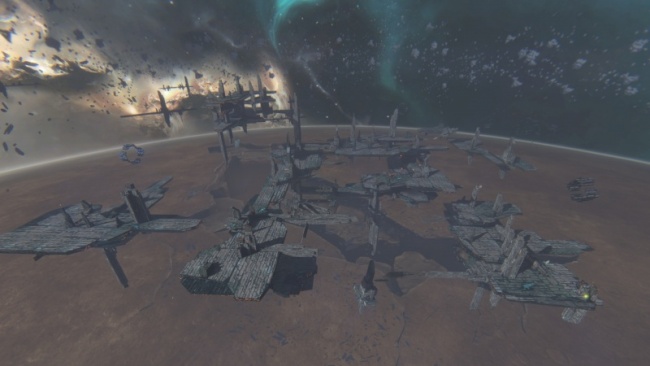 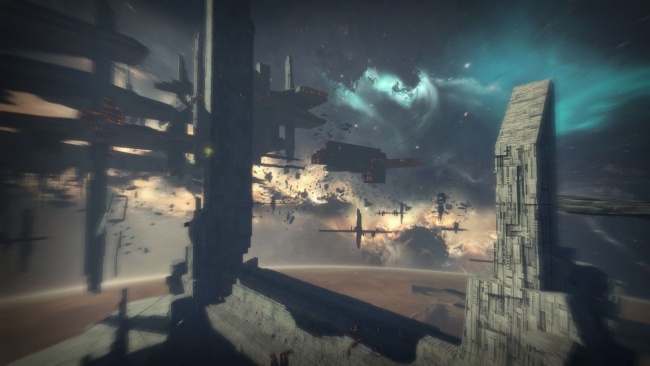 The Antaress system is probably one of the most famous and mysterious systems of the Fringe sectors. It was in this system that the famous “Ancient Ruins” and the so-called “Temple” were found - cyclopean artifacts of the Precursor civilization. These gigantic buildings of incomprehensible purpose, ominously shimmering with greenish shades of argon light, awaken a primal horror in the mind of anyone.

The burial stone of a long-gone civilization - ancient structures frozen in the orbits of the system’s planets - was the first material evidence of the existence of those who were there before us. It was here that the Federation’s research mission, funded personally by its leader Dr. Anton Pavlov, disappeared without a trace.

Now the Ruins of the Ancients are densely populated by Aliens rushing about everywhere. Rangers believe that they come from an awakened giant ship that is nearby. Every day there are more and more reports of alien attacks.

An ancient ship nearby seems to have awakened and began to produce these creatures. In this regard, Jericho privately recruits mercenaries to help with the destruction of Alien ships. The work is dangerous, but the pay is decent. It is curious that Jericho is also trying to study the speech patterns of the so-called “biomorphs”. The mercenaries are also involved for this purpose.