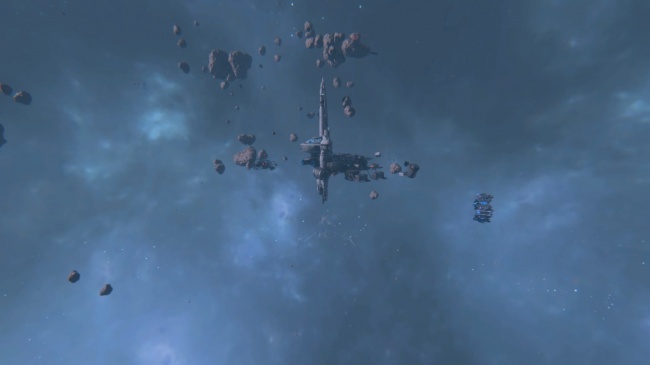 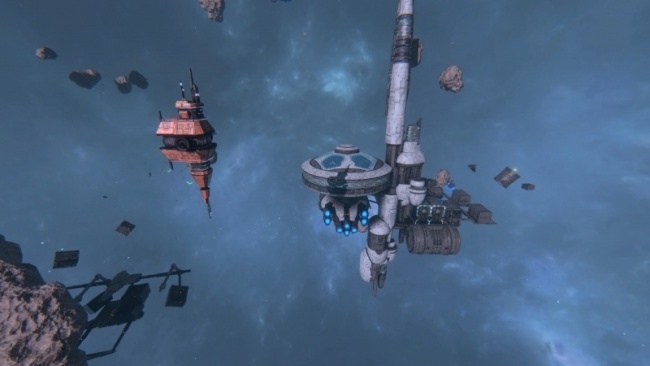 Local asteroids were rich in cobalt and developed by miners for several decades. Then the finance streams ceased, and the mines were deactivated. After the war a group of prospectors from the Douglas family bought the license for this supposedly rich deposit from the Commonwealth of Mining Systems.

When miners kicked Aliens out of the zone and reached the location, they found out, to great dismay, that the only thing left from the cobalt mine was the old shipyard where they could fuel and repair and interstellar cruiser, as well as a bunch of near-depleted asteroids. And yet you keep asking, why ordinary miners dislike the CMS.

To cover expenses, miners started salvaging the old machinery scattered across the mining locations in abundance, repairing and selling it for parts.

Unfortunately for the Douglases, the asteroids also attracted miners without any kind of license. Apparently, they operate under protection of the Cartel. At least someone keeps attacking the cargo belonging to the Douglas family and exports the remaining machinery from the asteroids.