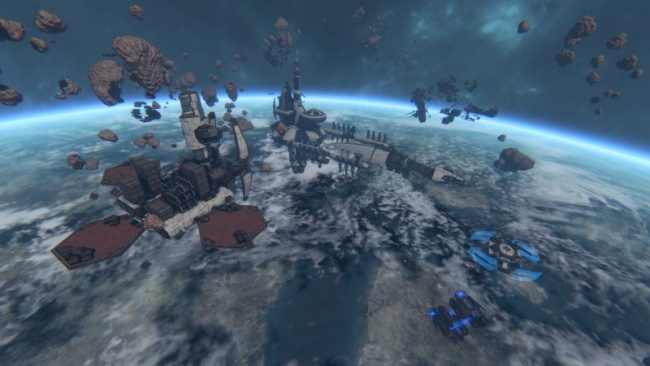 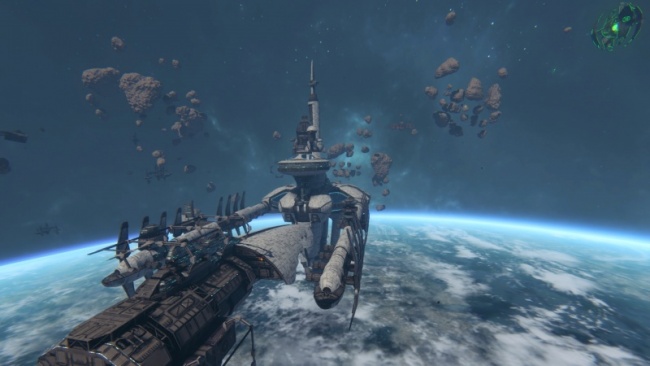 Now the shipyard and the service shops belong to the Hermes Block. Also, metal is accepted for processing here, so the shipwreck dump is located next to the shipyard. Before the attacks, the zone was known for active construction of warships. Due to the activity of the Cartel in the sector, the shipyard was well fortified, defended by mercenaries and the Alliance’s own forces.

Although not without losses, the shop survived the fighting and now repairs any ships, since thankfully there are enough destroyed ships around. Pay upfront and nobody's going to ask too many questions. Given that this is the only decent dock in the system for ships of all classes, it is not surprising that the guys are just gaining momentum. In addition, they provide services to Eden with a substantial discount.

With great effort, the mercenaries managed to squeeze the Cybers out of the service shop area. Now the activity of the Cybers has almost faded away. But one of the working beacons remained near the service shop. Scientists from the station “New Eden” are still conducting tests there, and Cybers and pirates periodically conduct raids on the object. So there's always work for good pilots there!