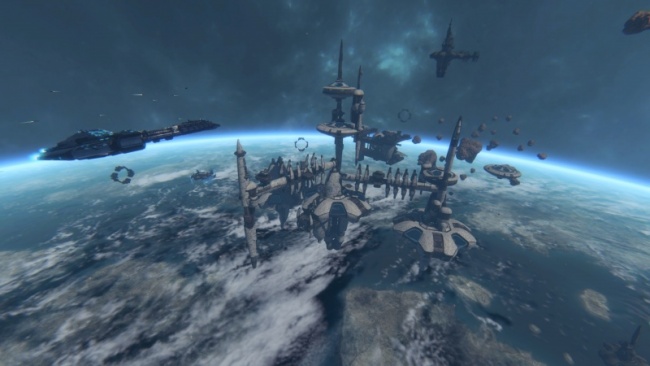 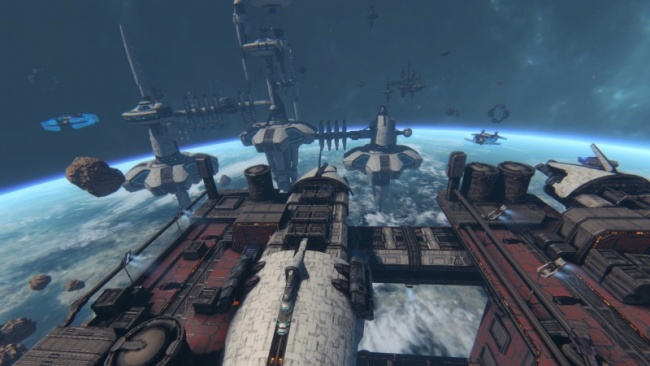 Long before the war, the station was founded by the Expeditionary Corps to control the settlement of the system and create a central control station.

The first alien attack bypassed the station, and it was here that all the wounded and the survivors ended up. To better coordinate the actions of the fleet and mercenaries, it was decided to create a committee of the heads of the most powerful corporations in this sector.

Now it is a classic free city of the new world. All the criminals, adventurers, bright-eyed rookies and seasoned captains with fat wallets flock here. And then there's those, of course, who do not mind to profit at their expense. Here it is easy to meet former worst enemies who used to stand on opposite sides of the barricades of the law and now strike mutually beneficial deals. The police, of course, looks after the station. Unless the victim didn't have it coming or the offender did not bribe the force. And that's the way it usually happens. If Fort Muerto had a twin station, then without a doubt it would have been the “New Eden”.