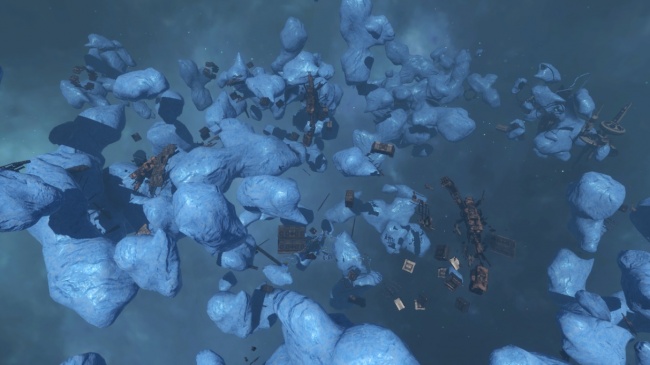 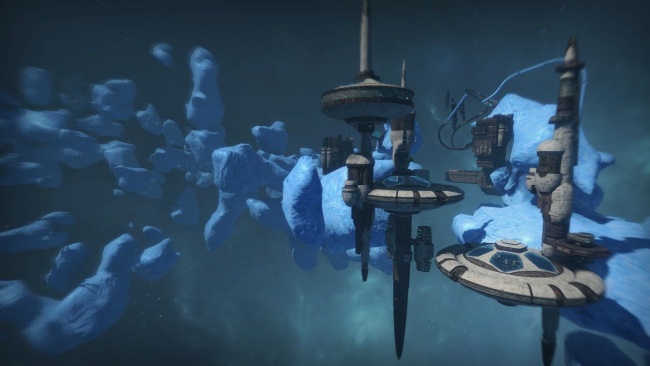 Before the war, "Ice Pits" used to be one of the most important industrial sites. It produced several essential substances required for the operation of the life support system of the "New Eden" station. The most important task was the extraction of water for the farms of "New Eden" and the Water Harvest docks. It was mined simply by melting the ice. After the alien attacks, the Ice Pits are the only source of water for "New Eden".

From the first day of the operation of the structure, it has been subjected to constant attacks. Pirates gave Ice Pits a hard time, and then the main threat was the Cybers, who opened their portal in the sector.

Currently, several stations under the control of Helion Inc. are engaged in the asteroid belt in the extraction of ice and related finds. Water is always in demand — it is necessary both for life and for production. So some enterprising people are trying to skip the hard part of the job and intercept the transport with ready-made cargo. Therefore, you have to hire guards among free mercenaries.

According to rumours, recently, the Hermes Block agents have been paying excessive attention to the Ice Pits. Perhaps, soon, we will witness the next redistribution of property.