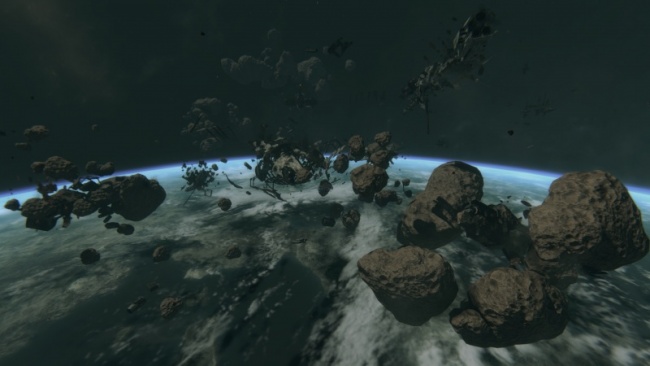 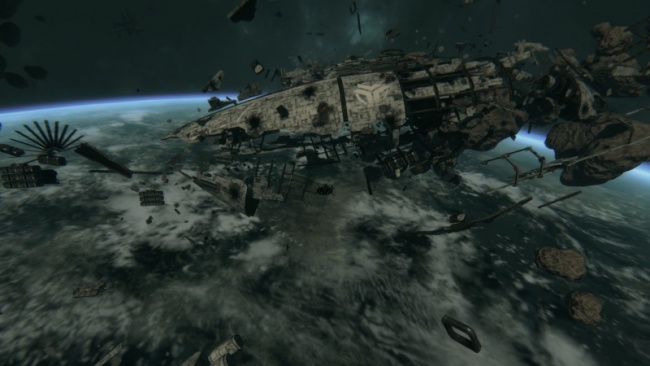 Now it's just ruins of abandoned Federation buildings and the wreckage of the dead transport fleet. Occasionally marauders and aliens scour this zone.

The original plan was to put the base “New Eden” in this location. However, a large number of asteroids did not allow for the construction of the required scale. The base was moved, the location became empty and was used by smugglers as a place for illegal transactions.

At the very beginning of the Invasion, it was here that the convoy of Federation battleships, which had gone on a special mission to free the Poseidon complex from invaders, was one of the first to encounter the Defiler. The ships fought desperately, but the forces were unequal.

The war with Aliens claimed many lives. Since the activity of the Aliens has significantly decreased, the smugglers started rebuilding the “transit point” at the abandoned beacon. Under the guise of mercenaries, they sign contracts and then place ambushes outside the boundaries of the patrolled territories.

The Federation now has no resources either to take control of the area near the abandoned beacon or to organize regular patrols. Therefore, UMC actively places contracts for mercenaries to complete special tasks in this area.