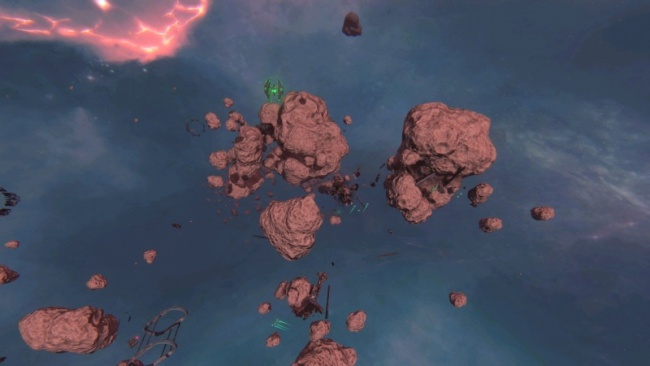 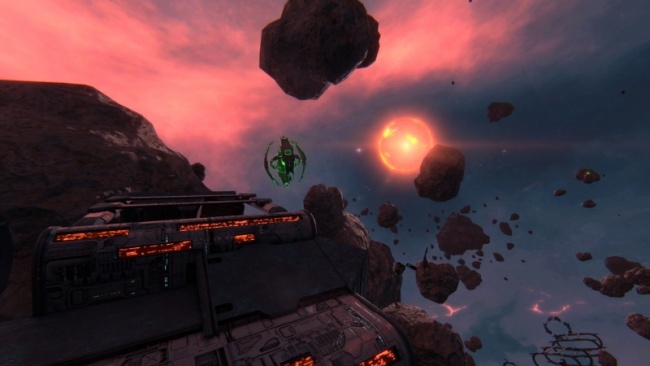 After the opening of the Solaris system, the Jericho Council decided to send a state-of-the-art research vessel to collect data on the system, but it was destroyed in a collision with an asteroid. Over time, it turned out that the ship’s scanners were defective due to the strong radiation coming from the local star. A lot of time has passed since then, there are a lot of inhabited places in the system, but it’s the area in which the wreck of the research vessel rests that for some reason is called the “Orange Giant”.

This is the place where the debris left after the ‘Raid’ camp is located — it was once a large and united army of Jericho, destroyed during the Invasion. Many died in the battle near the Orange Giant. Vile cybers ambushed and literally tore them to shreds.

Now the zone is not of much interest, but the distance to Solaris makes this area an ideal hiding place for cybers. Close enough to the star to interfere with the radar and charge the engines. And far enough not to burn alive. Moreover, cybers can survive temperatures up to 120 degrees Celsius.

Cybers are like locusts. After the Exodus, there are few who honor the Code. Especially there are many preachers of the new world order who seek to transfer power to the Revenants. Cybers are now the main threat in Jericho systems.