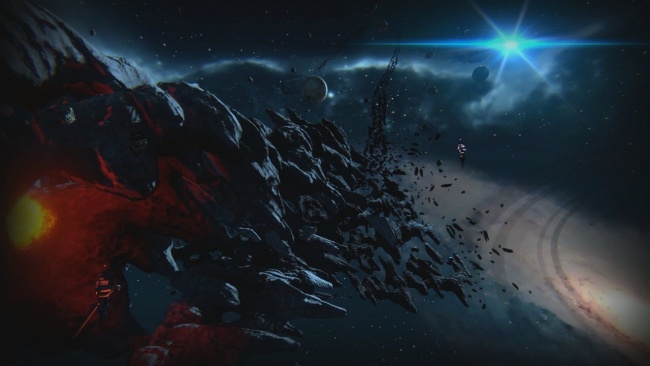 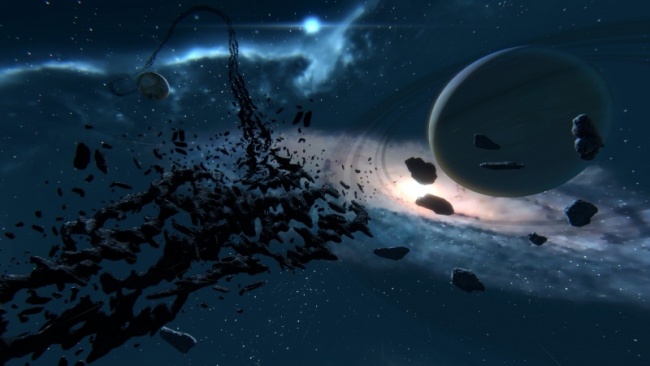 A fascinating sight — a chain of frozen rock conventionally called “Lava Spines”. The origin of this object is still not established, because the best minds of mankind were engaged in war with the aliens. This has given rise to many conjectures among those who do not follow the word of science. Someone thinks that the frozen rock is the result of a failed experiment. Others think that this is only a rare natural phenomenon, not worth the attention of galactic superpowers. However, both imperial and federal patrols did not leave here even after the invasion.

Now this location has become a disputed territory, which is claimed by everyone at once. But the splinters of the Empire and certain corporations within the Federation are particularly eager to gain control of this territory. There are constant skirmishes between them. However, the conflict has not yet turned into a full-fledged war. The authorities of Jericho often hire pilots to intimidate both the arrogant imperials and federates. And to remind them who the real owner of the zone is.