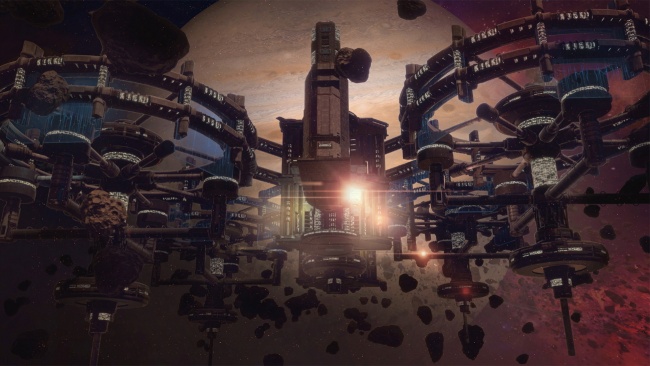 Initially, Sci-Tech Universal built this orbital city as the main place of life and relaxation for employees of secret laboratories. It was here that couples with children and single people were to settle. The orbital city was supposed to provide employees with all the amenities for living and entertainment. Fortunately, at the time of the coup, few employees managed to settle in their comfortable apartments.

The Blackbeard's gang attacked the orbital city, but employees were able to organize a worthy counter-attack against the bandits. As a result, after long negotiations, the pirates nevertheless occupied the orbital city, releasing the surviving employees of the company along with their families.

Now, the main man in Stockade, as pirates call this orbital complex, is George Silver, a former senior assistant to Blackbeard. Partially, the complex is used as a storehouse for the loot, and partly as living quarters for especially wealthy pirates and the families of Sci-Tech Universal specialists who remained on Artuga.