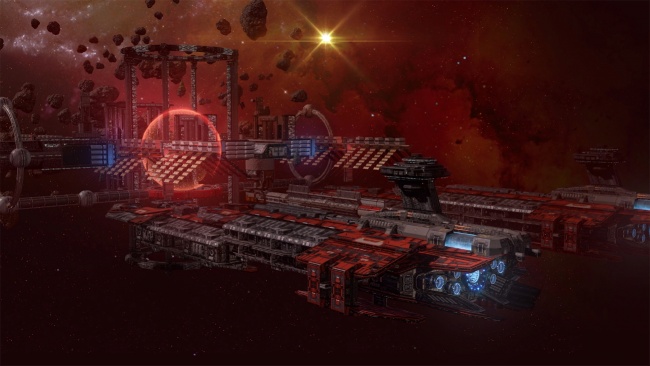 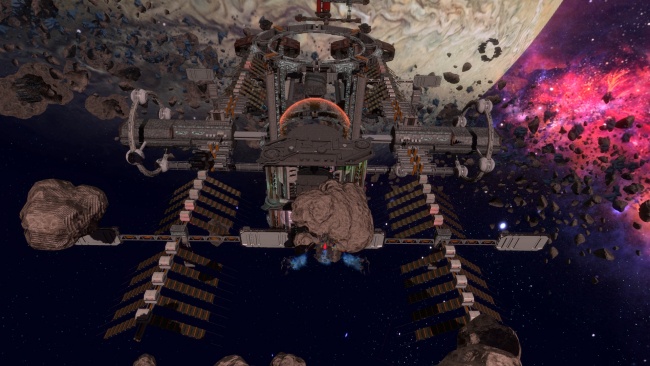 The management of Sci-Tech Universal is in a critical situation, when pirates claimed their rights to the Artuga system, abandoned their people, stepping aside from the problem and evacuating only key employees.

So Artuga turned into the main base of pirates. And Enclave baron is the main figure in the shadow business of the fringe sectors. Using the captured projects of the corporation and the work of the remaining employees, the pirates were able to activate a number of portals to the transit systems of both the Empire and the Federation and Jericho, forming the so-called “Pirate Circle” — special routes that allow you to intercept the main transport convoys and rob unprotected sectors. The Enclave significantly strengthened its forces with experimental ships and weapons. The Enclave is now ready to challenge even the regular forces of the Empire. However, the Imperials themselves are in no hurry to introduce military forces into the Artuga system, using mercenaries for special operations.

Sci-Tech Universal Corporation built this complex as an energy substation for its laboratories. After the seizure of the buildings, the station was occupied by one of the pirate groups, led by a certain Anne Bonny, also known as the “Lady of Spaces”. According to rumours, Anne grew up in a wealthy family of a leading lawyer of one of the leading corporations of the Federation but fled home with a simple pilot. And after a couple of years, she was already leading one of the bloodiest gangs in the fringe sectors.

Contacting the Enclave and capturing the station, Anne called it “Skeleton Island” and opened numerous entertainment venues on its territory — bars, casinos and hotels with the All Inclusive system. Now, this is the most famous and favourite place of rest for pirates after raids.