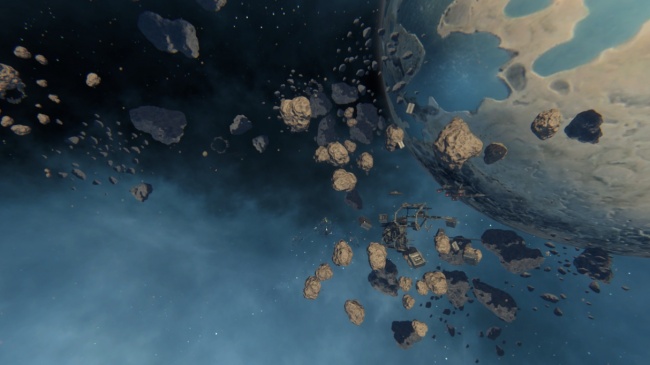 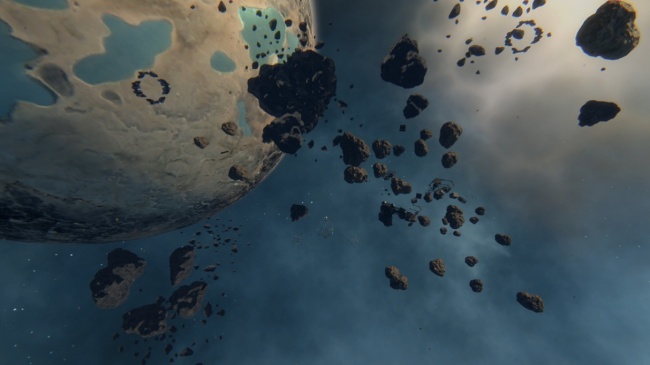 Before the war this sector had one of the imperial scientific laboratories, deployed to study the planets. The object had virtually no protection, so the staff escaped during the invasion. The buildings were destroyed by aliens, who also destroyed all living things in the zone. Now they are always there. No explanation has yet been found for this, because biomorphs and other aliens show no interest in the laboratory's ruins.

Today you can occasionally see caravans from Sparta here, and hence, there are also pirates. Except for humanitarian assistance to refugees from the depths of the fallen Empire, which flooded the station ‘Guardian-17’ in recent days, the Sparta convoy ships carry valuable equipment that will allow to recover the weapon factories and automated shipyards of the destroyed lab.

Pirates and free pilots are now actively digging in the wreckage of the laboratory and attacking the merchant convoys. According to some intelligence, they are actively supported by businessmen from the Separate Worlds. And the ‘Sargas Fund’ is basically officially finances some pirate associations.