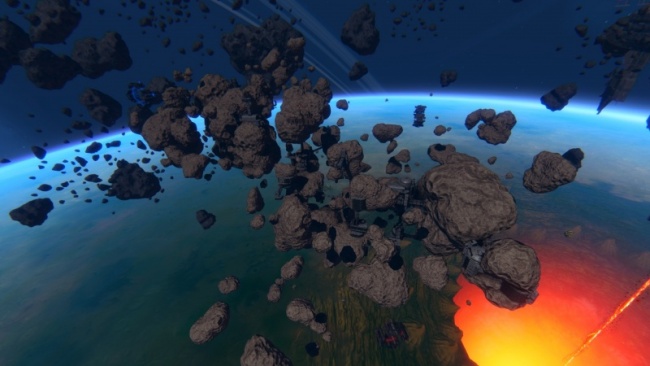 The mining station in this zone was built shortly before the Invasion, despite the asteroids being rich with valuable rocks. The main development was opposed by rumors that surrounded the structure of unknown origin in the orbit of Ceres-3, as well as by the constant presence of scientists who studied the structure. Eventually, after many casualties among the researchers, research activities were shut down, and large-scale asteroid mining was organized on the site of the old laboratories and barracks.

Currently, after the Invasion and the war, it is a large mining hub near the Ceres system. It is better protected than the northern station, so life here is calmer. It is said that local miners were able to infiltrate a giant structure nearby, obtained some tech and did not want to share it.

Simple workers from the mining station are trying to create their own corporation. They fought desperately for their mines during the war with aliens and now they consider the system their property. But some large corporations think otherwise and offer questionable contracts to the mercenaries. To ward off those who want their treasure, the neighborhood is constantly patrolled by self-defense units.