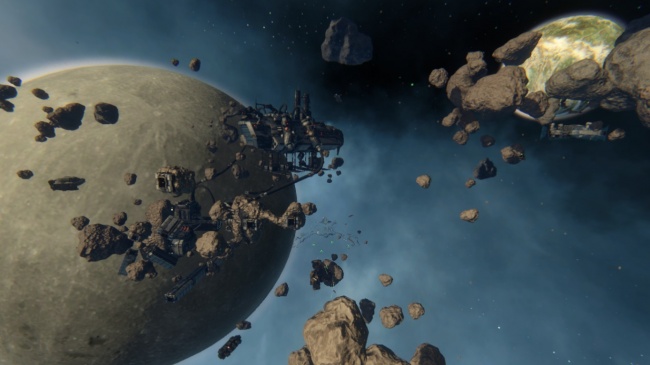 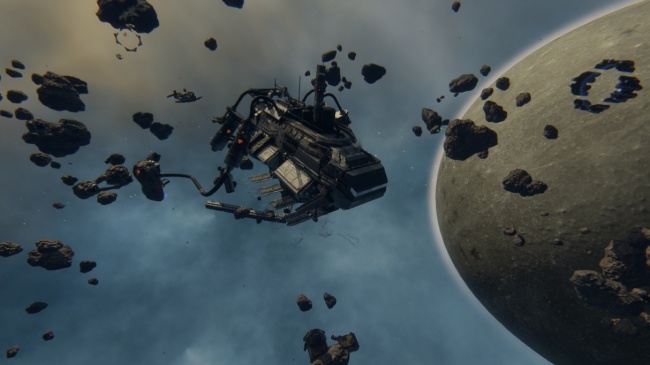 Here you can find the only mobile processing station in the sector that survived after the war with the Aliens. It took the local miners almost 10 years to realize that there is a large deposit of iridium next to the station 'Guardian-17'. Imperial Command sent its best engineers for the construction of mines and processing stations in this zone, and in just 6 months the mining began.

It is assumed that iridium is one of the reasons why at the start of the war with Aliens this place was one of the first to be attacked by the Defiler. The station was defended thanks to the UMC, who managed to respond immediately to the call for help and to run a special operation with the involvement of the best Frontier mercenaries.

And even now, the station still endures attacks from crystallids, and sometimes pirates. Administration of the station ‘Guardian-17’, which owns all strategic facilities in the system of Ontregos, pays the UMC quite good money for protection of iridium mines.

Oligarchs from the Republic of Separate Worlds are extremely interested in establishing control over the Iridium Mines zone. It seems that they are the ones who coordinate the actions of pirates in this sector.