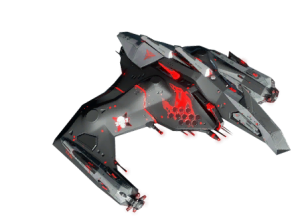 Any mercenary has heard of the mysterious cast of Technologists — a part of the Jericho. Many even worked for them, but no one faced the Technologists alive. The caste has always been closed, even inside Jericho itself. They say they did not worship machines, but considered themselves one with them. But when almost all of Jericho disappeared, and with it the Technologists — their machines remained. Now the former stations of the Technologists are controlled by a network of many integrated AI systems, which call themselves the Sentinels. The goals of the Sentinels and their true nature are still a mystery, even for the remaining Jericho.

Despite the fact that the machine mind operates on a completely different level than the human mind, the Sentinels can negotiate with people. Numerous contracts have already been agreed between them and the Mendez family, as well as a number of other factions. Emissaries and diplomats of the Sentinels are autonomous AIs, enclosed in the hull of a powerful combat vehicle — the Singularity fighter. Possessing free will, these ships sometimes strike contracts with pilots and come to their service.

Each critical hit increases the speed of the following projectiles by 30% for 15 s. Effect stacks up to 5 times.

A booby trap is placed upon activation. Enemy ships in its range can't leave the area for 15 s.

Increases damage of all allied drones in 2000 m. range. You can only mount one module per ship.