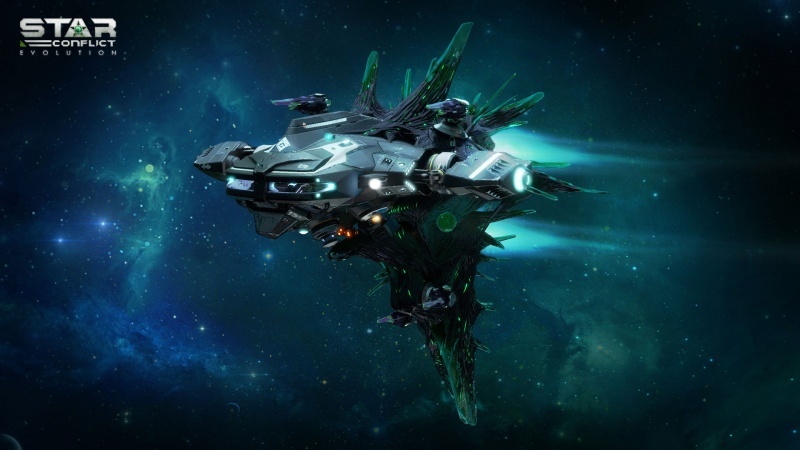 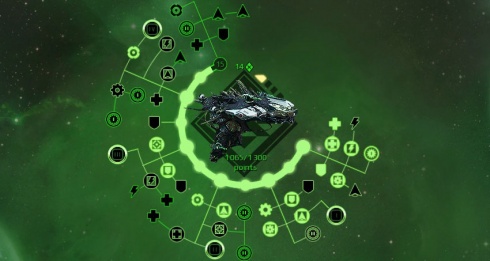 Development of the unique fighter ‘Thar'ga’ cost ‘Ellydium’ corporation dearly. Station ‘Theta’, placed directly on the surface of the Leviathan, has opened unprecedented opportunities for scientists, and it went to their heads. Initial experiments examined the effects of different types of energy on living crystals and Iridium nanoalloys, and follow-up studies were conducted on living matter. Nobody cared about violations of ethical and moral principles.

In the end, one of the scientist groups occupying an experimental station block went silent. Engineering brigade escorted by combat mercenary groups was sent to clear the situation. Only two of them returned: a veteran mercenary and a scientist. All materials on the progress of the rescue operation are classified, and access to the block is locked. Only crystalline growth on the passage walls points to the possible events.

The official statement by Dr. Conrad Dimeni offered condolences to the families on the corporation's behalf, and called the event ‘a sacrifice in the name of science’. In subsequent speeches, he repeatedly emphasized the direct connection of the group's research with the development of Xenocrystal ‘growth’ technology using ion generators and monocrystals. The product of this technology is the first ‘Thar'ga’ prototype. Further research showed that crystal growth can be controlled, resulting it more than a hundred different versions of the ship for various needs.

Appearance of the ship with special module Crystal hunger 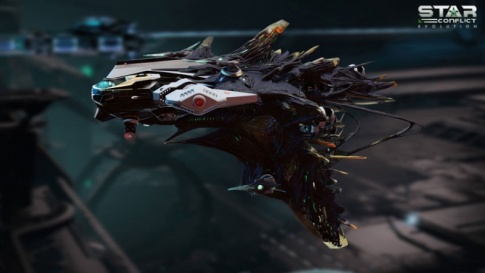 Temporarily increases rate of fire, energy regeneration, and maximum energy recovery speed by 50%. If a ship is destroyed in a certain radius, the host's hull is repaired.

Appearance of the ship with special module Hive 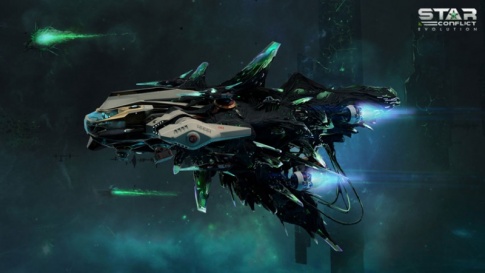 A unique feature of this evolution form are 3 combat drones, produced from the crystalline part of the hull when activated. On manual deactivation of the module, drones return and repair the ship's hull.

Appearance of the ship with special module Combat reconstructor 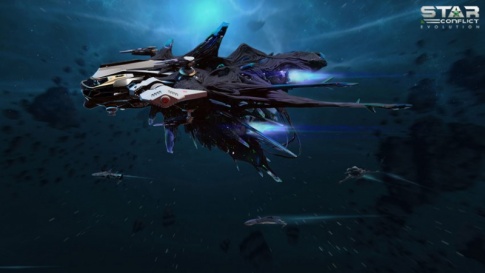 Upon module activation all enemies in a certain radius receive damage. 110% of the damage inflicted during the module's operation is used for hull recovery.

Appearance of the ship with special module Condensing crystals A distinctive feature of this form is a crystal charge, dealing damage to enemies. At the end of their path crystals assemble into a capsule that restores hull if it is picked up. In addition, activation of the module increases the ship's speed.

Appearance of the ship with special module Crystal predator 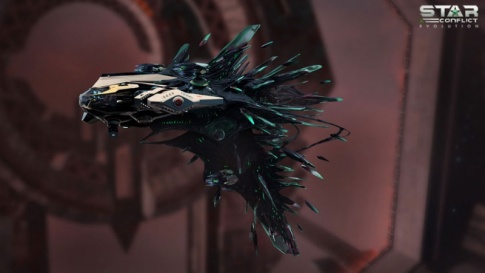 Launches a missile with crystal bots, capable of dealing damage to the target. If the target dies before the end of the effect, the bots return to the ship and restore hull.

Active module slot, the third (120 points). The first two are given immediately.

Energy reserve and speed of its regeneration +20% (30 points)

Energy reserve and speed of its regeneration +12% (35 points)

Shield slot, the second (60 points). The first is given immediately

Hull slot, the second (50 points). The first is given immediately

CPU slot, the second (60 points). The first is given immediately

Defence bonus. Maximum strength of the shield and hull +20% (10 points)

Offence bonus. The spread of kinetic weapons -33.3%, the speed of flight of kinetic projectiles +35% (10 points)

These modules are researched from ship nodes or available only for Thar'Ga.

An extension of the missile compartment, allowing it to carry out an immediate and full reload.

Available only to ‘Ellydium’ ships.

Detaches a stationary drone from the crystalline portion of the hull, which can hit several targets simultaneously.

Removes all negative effects and grants invulnerability. Damages all enemies, who lock the player as their target, ignoring shield. Large ships get more damage.

Increases critical hit chance, but disrupts its own guidance systems. When using this module, locking a target is impossible.

A nanobot swarm is launched in the crosshairs' direction. Enemies hit by the swarm receive EM damage and have their maneuverability reduced.

These modifiers are researched from ship nodes or available only for Thar'Ga.

If the ship does not use weapons and active modules, unused energy is directed into the engines, significantly increasing ship movement, strafe and rotation speed.

An engine modifier, available only to ‘Ellydium’ fighter ‘Thar'Ga’.

When the ship loses its shield, all enemies in a large radius receive thermal damage.

A capacitor modifier, available only to ‘Ellydium’ fighter ‘Thar'Ga’.

If a ship is destroyed in a large radius, hull is repaired.

A hull modifier, available only to ‘Ellydium’ fighter ‘Thar'Ga’.

If a ship is destroyed in a large radius, weapon damage increases.

A CPU modifier, available only to ‘Ellydium’ fighter ‘Thar'Ga’.