Difference between revisions of "Octopus" 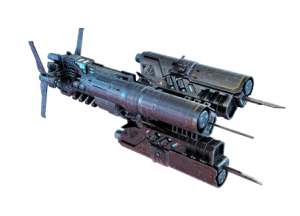 The complete history of this ship is unknown, since its prototype was found in the cargo hold of damaged pirate vehicles. Rumor has it that the pirates seized several scientists studying alien technology, and forced them to create this ship. The study of the prototype revealed profound changes in the structure of microcircuits and wiring, which, apparently, were the result of the integration of alien technology. Despite some alienation of technology, many engineers argue that they are fully able to assemble the same ship, if, of course, they have enough resources.