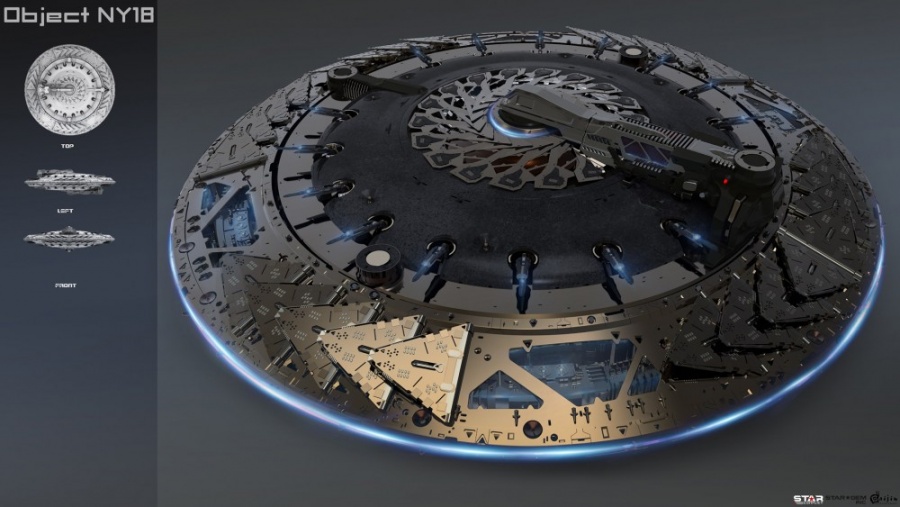 Ranks: 5 - 15. Depending on the rank chosen by the player, the number of available modules varies with the ship.

For the first time a ship of this type was discovered on one of the satellites of the gas giant MOA-2011-BLG-322. The titanic ancient ship was abandoned for millennia. By pure chance, it was discovered by treasure hunters. A working mini-shipyard was found on board, which enabled Ellydium Corporation to quickly launch mass production of similar vessels, but much smaller. These ships were transferred to the UMC for testing.

5 rank: capacitor socket, second (100 points). The first is given immediately

6 rank: shield socket, second (100 points). The first is given immediately

You and all allies within special module range receive additional shields. In addition, your ship's shield is restored for every ally that came under the influence of the special module.

The ship changes positions with the enemy in direct line of sight.

When activated, hacks enemy missiles flying to your ship. At the same time, some of them are redirected to the current locked target.

All opponents in range lose the ability to restore energy.