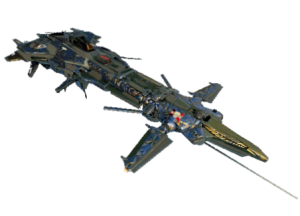 Each shot reduces this weapon's spread. If the target dies, its closest allies lose energy.

Places a barrier that hides you and your allies from enemies.

The ship's module cooldown time is reduced if an enemy under any of your negative effects dies nearby. You can place only one modifier.