Difference between revisions of "Ze'Ta" 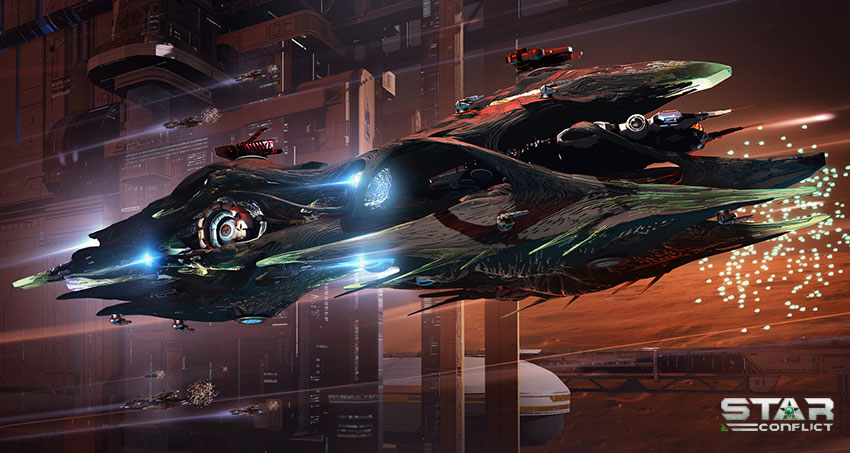 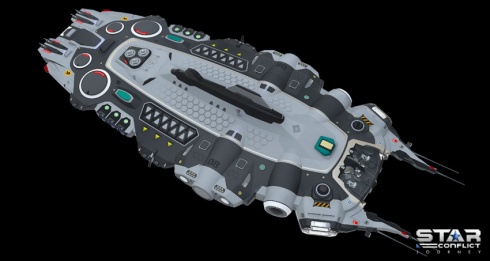 Corporation “Ellydium” proudly presents its main achievement — the latest destroyer, built by scientists at the station “Ellydium Theta”. The ship was designed using the latest advances in the development of crystalline technology. Incredible offensive and defensive power make the destroyer any team's trump card in any battle. The vessel can provide fire support in both offensive and defensive operations.

The ship's unique feature is a remotely controlled special crystalline swarm, created under the personal guidance of doctors Matthew Gilmore and Conrad Dimeni. This is a true weapon of retribution! Mankind's sword of vengeance, forged by employees of the corporation “Ellydium”!

Appearance of the ship with special module Crystalline swarm Appearance of the ship with special module Balanced swarm 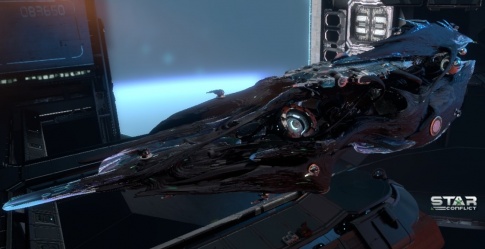 Appearance of the ship with special module Fast swarm The cabin is the most important component of the ship. To build the ship, pilots first need to manufacture a ship cabin and obtain Xenocrystals. After construction destroyer can be developed from rank 9 to rank 15.

, Xenocrystals, Enriched monocrystals and Alien composite blocks are required for the ship's upgrades. Also you need such resources as Entangled shards, Crystal storage, Unstable crystal and Crystal cascade. For 3-rd speical module and some equipment you also need Neocortexes and Archeocortexes.

To build Ze'Ta you need:

Engine slot, the second (85 points). The first is given immediately

Capacitor slot, the second (90 points). The first is given immediately

Energy reserve and speed of its regeneration +20% (40 points)

Shield slot, the third (130 points). The first two are given immediately

Hull slot, the third (130 points). The first two are given immediately

CPU slot, the second (90 points). The first is given immediately

Regeneration of the destroyer hull by 33.3% of the damage dealt by the swarm (25 points)

Generates a cloud of shards, which destroys everything in its path. Quickly pressing the button launches one small shard. The cloud restores nearby swarms on hit.

Shoots short bursts of explosive shells, in the place of impact remains highly active gas, dangerous for any matter. Gas does extra damage.

These modules are researched from ship nodes.

Allows allied ships to land or can be used as a platform for an attack drone. Guest can't use modules but receive weapon boost in damage and range and hull repairing. Host receives shield and energy regeneration.

Gives the pilot control over the destroyer's crystalline swarm. The damage from the swarm increases during this time, and hull of the ship is repaired.

It shoots a beam at a long distance. A destructive zone forms at the place of its entry. Enemies who have been there receive damage, and small objects are destroyed.

The ship jumps forward. All those who were near him find themselves trapped for a few seconds and can't move.

These modifiers are researched from ship nodes.

Increases the time before the weapon overheats. If the ship is standing still, projectile speed increases.

An engine modifier, available only to ‘Ellydium’ ships.

After the destroyer has received deadly damage, it allows you to control a swarm that deals increased damage for a while. After the end of the module's effect, the destroyer explodes. Additionally increases the rate of energy regeneration.

A capacitor modifier, available only to ‘Ellydium’ destoyer ‘Ze'Ta’.

During manual control, the swarm allows you to fire single drones. The modifier additionally increases the damage of weapons.

A CPU modifier, available only to ‘Ellydium’ destoyer ‘Ze'Ta’. 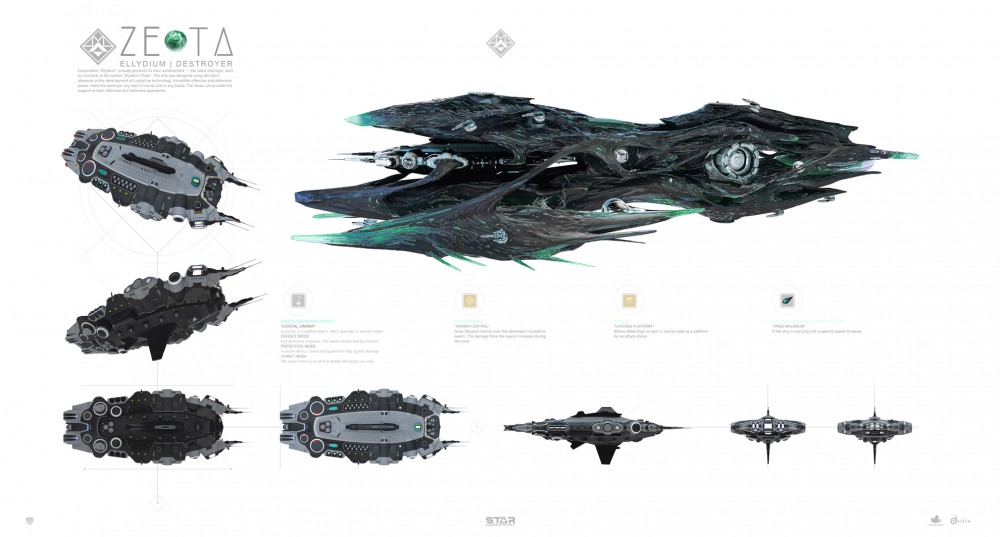