Frigates are the largest ships that can be piloted by players. They are considerably slower and less maneuverable than fighters, but much tougher. Frigates are at their best when supporting other ships, such as by repairing friendly ships, denying areas to the enemy and providing fire support from long range.

Engineering ships are designed for construction of auxiliary facilities on the battlefield, as well as for repair of allied ships. Engineers can build barriers, where allies can hide from enemy fire. In addition, they can use warp gates to transfer the allied ships across long distances. Together with their buildings, Engineering ships serve as a reliable rear guard for their team. They can repair allied ships, restore their shields, while their combat drones can help them cope with enemy attacks from the rear.

Guard ships are designed to protect their team from enemy missiles, as well as enhance the defences of allied ships. In addition, their active modules can stop the enemy from using afterburner engines, and thus make them easier targets. Guard ships feature strong defences and an enhanced Phase Shield. However, these advantages are offset by the relatively small damage dealt by their main weapons.

The name of this role speaks for itself. They are designed for long-range firing. Long Range Gunships can use their disintegrators or guided torpedoes (depending on the model of the ship) to fulfill this task. Their active modules provide them with extremely powerful special weapons and camouflage (when immobile). However, the application of high-power and long-range weapons comes at the cost of armour and shields.

Each Frigate role has it's own overall playstyle.

The Engineer frigate has two main jobs: repair and utility.

Repair Engineers should try to make extensive use of their repair buffs and stick with teammates as much as possible. For Open Space, this build is great for squad play, as well as keeping yourself alive longer.

Utility Engineers should use their non-repair modules to make the team more effective. Deployable warp gates and shield walls, among others, are great for helping out the team! These are handy in Open Space as well, since the deployable warp gate helps with getting around, and a shield placed properly in a corner makes a nice little fort!

Guard Frigates are just that: Guards. They excel at holding ground and protecting teammates. Use the pulsar and engine inhibitor modules to combat swarms, and the missile defense module is very useful, especially in PvP. Get to a beacon and defend it, or follow a friendly Engineer/LRF and protect them from enemies, since these two are priority targets for the enemy team.

Open Space is where Guards take skill to use right. They are very slow, large targets that often have little cover or few nearby teammates to help them. Guards often get caught in the open where they get focused-fired and are eventually overwhelmed. When using Guards in Open Space, stay near cover as much as possible and avoid fighting swarms of enemies unless you are a much higher ranking Guard than the sector level is.

Long Range frigates are seen as incredibly annoying at a distance, but once in range they are easy kills. Empire LRFs should stay near max range and fire at weakened/slow targets. If it looks like you may have been spotted, move elsewhere, because once you are in a fight you can't get out! Reverse thrusters are the only option here.

Jericho LRFs, on the other hand, are usually a bit tougher, and can fire from behind obstacles. This means that you should be a little closer to the fight than the Empire LRFs, and should fire upon enemies from behind asteroids and other cover.

In Open Space, the very fact that makes Guards tricky to play (vast, open distances) makes LRFs perfect for long range combat. In Open Space, LRFs can even outrange Destroyers! However, unlike guards, the LRF is extremely vulnerable once enemies (whether players or AI) get into range. Open Space AI CAN see through Adaptive Camo and EM Shielding (the LRF's stealth ability), so be careful when relying on these! 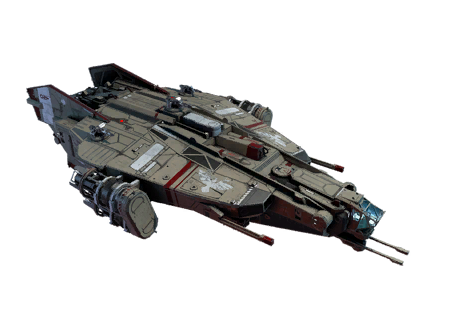 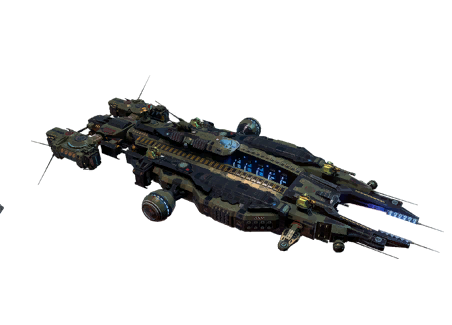 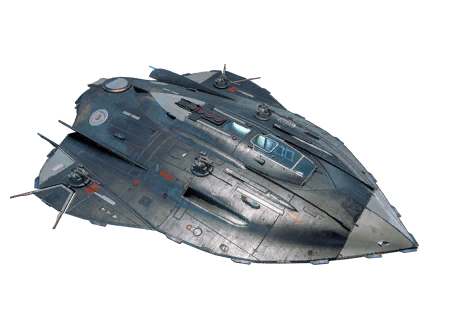 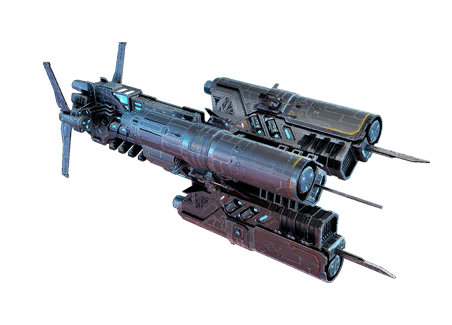 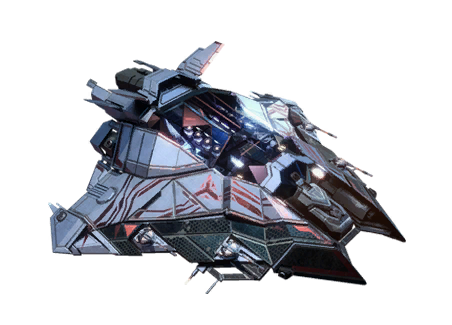 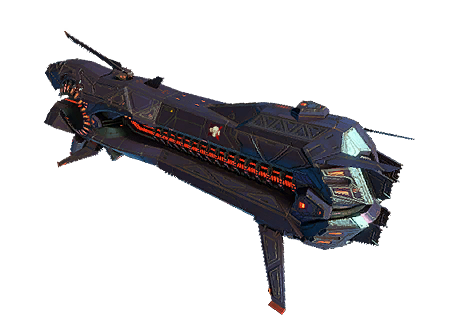